Good morning. This is Fennec.

On the Atlantic Council’s GeoEconomics Center blog on October 1, 2021, President and CEO Michael Greenwald contributed an article on A Digital Asset Bill of Rights.

As Mark Carney, former governor of the Bank of England and the Bank of Canada, remarks in his article, the boundary between staple coins and CBDCs is unclear at this stage.

The Bill of Rights for Digital Assets is an international attempt to clearly formulate the ambiguities in the definition of digital assets and the rights associated with them.

It’s kind of difficult, but it’s relevant to everyone. I think if you read it, you’ll get some idea of what the future holds.

A Digital Asset Bill of Rights

The template for the Bill of Rights created by the G7 looks something like this.

The FATF is an international organization that prevents money laundering and terrorist financing. Countries and regions, including the G7, participate in mutual examination of each country’s efforts.

“Bretton Woods” refers to the Allied Monetary and Financial Conference held at Bretton Woods in the United States after World War II. The introduction of a fixed exchange rate system based on the U.S. dollar and a gold standard, in which the value of money is backed by the precious metal gold, was decided at this conference and led to the stability of the world economy thereafter.

The Atlantic Council is a U.S. think tank headquartered in Washington, D.C., that operates on international security and global economic prosperity.

The GeoEconomics Center is a division of the Atlantic Council, which conducts economic, financial, and foreign policy work to shape the global economy.

The GeoEconomics Center has developed the CBDC Tracker in collaboration with Harvard University’s Belfer Center for Science and International Affairs, which was released in May 2020.

The reason the U.S. is trying to lead the way on the Bill of Rights is that China has made great strides in the digital arena in recent years.

This template, created by the G7 members (Canada, France, Germany, Italy, Japan, the United Kingdom, and the United States), is both an equal guideline for countries to use and a preventive measure against the spread of unfair rules by the initiative of one powerful country.

This Bill of Rights is just a template and will be changed flexibly according to the situation.

Just a little bit of attention to what’s to come~. 1/19/2022 TradeFennex
https://cotonoca.com/wp-content/uploads/2021/08/cotonocaLogo-siro.png COTONOCA
Good morning. This is Fennec. In this article, I will give you the … You can display asset related to the news, category search, and search assets by ticker (about top 300 assets by market capitalization). News is automatically updated daily.
*Currently, updates are partially suspended I’m selling NFT-ized music, background music, and jingles in limited quantities and for commercial use. Licenses are also available at Audiostock. 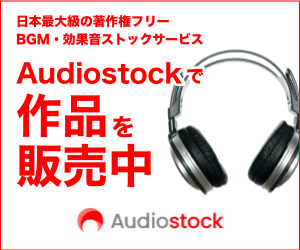